This home is a historic gem, def reminiscent of a true restored home, as opposed to a totally refurbished home… some of the rooms are kinda claustrophobic to me, as I imagine homes 100’s years ago were… 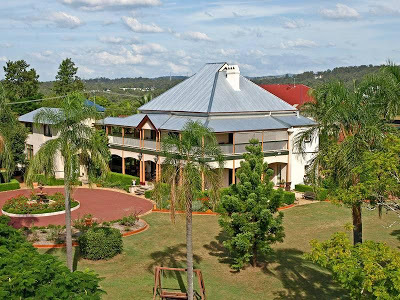 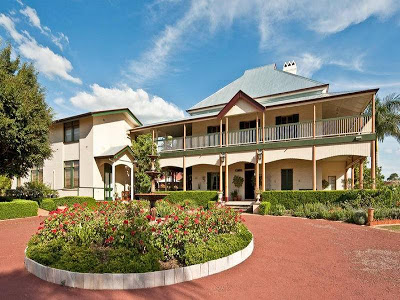 Built in the 1850’s for banker George Faircloth. 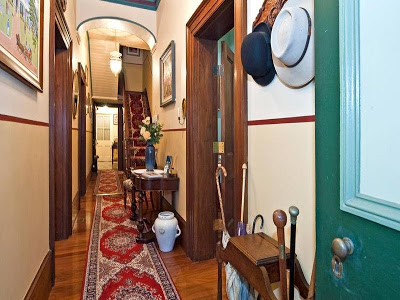 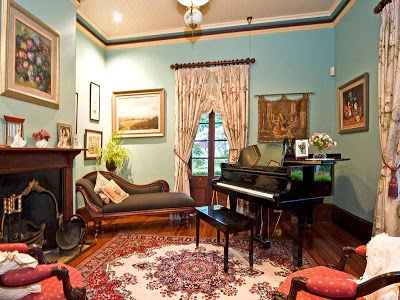 So much stuff in the little rooms, but very comfy! 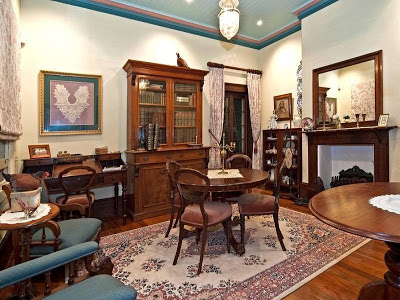 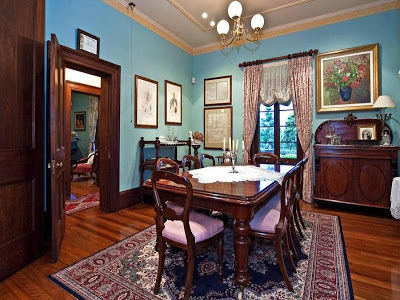 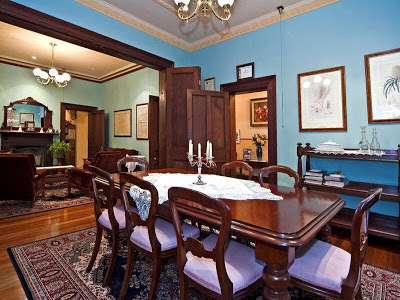 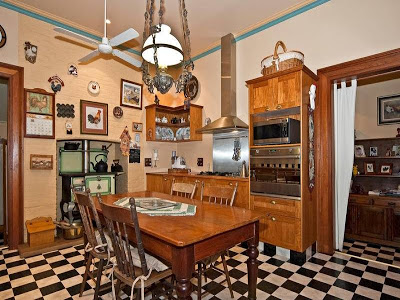 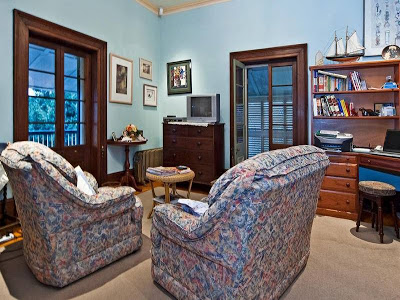 Check out the tiny TV in the corner, don’t know if my kids would put up with that! 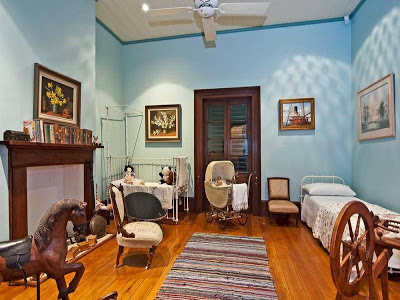 How cute is this room!!! 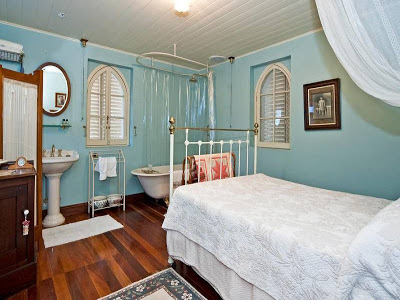 I guess adding an ensuite is quite invasive in historic homes, so what the heck, just put a bath and basin in the corner! 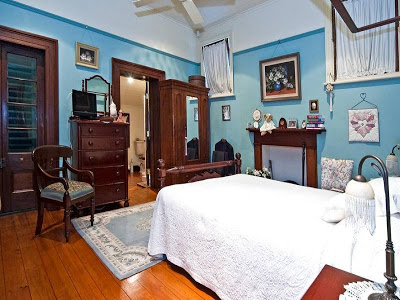 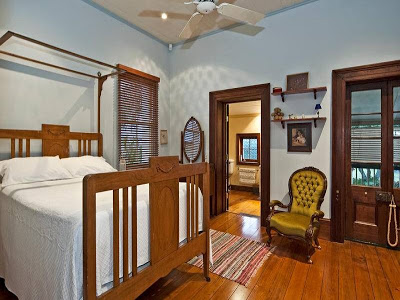 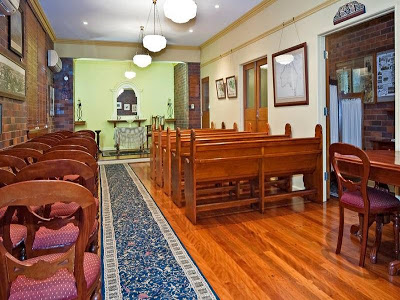 Yes, it’s own chapel for up to 70 guests, I guess this would be a very popular wedding venue! 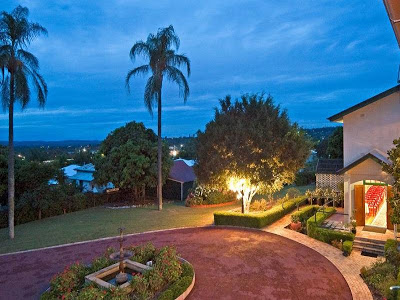 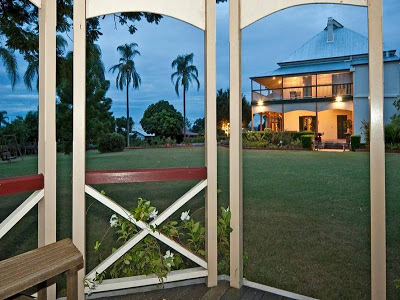 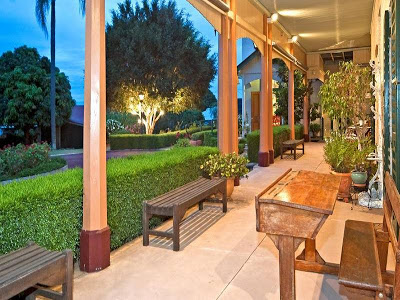 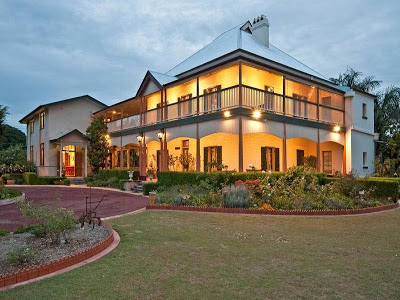 AND here’s what the Agent said!

COLONIAL GEORGIAN MANSION
Secure a slice of history with the rare opportunity to purchase this fully restored Colonial Georgian Mansion.

Built in the 1850’s for banker George Faircloth during an era when size was paramount, this magnificent home has been fully restored and is presented impeccably and fitted to the highest standard.
The present owner’s care and attention to detail is evident throughout. Every aspect of this home makes a statement.

The residence is surrounded by mature gardens and sprawling lawns and the owners share the enjoyment of this unique residence by opening “Booval House” for functions like weddings, music evenings and corporate gatherings. Picturesque views to distance mountains give the upstairs terrace an unsurpassed ambience for celebrations.

The property has been a farm on a 125 hectare estate and a convent in later years and the adjoining chapel can seat up to 70 guests and has two bedrooms upstairs plus Sacristy on lower level.
Many wedding functions have taken place in the chapel and the stunning grounds have provided the backdrop for numerous wedding photos.

Whether the sixth owner will want to keep Booval House as a truly outstanding family residence or invest wisely in a commercial venture such as a “bed and breakfast” facility, function centre or professional offices, its value as a heritage showpiece needs to be preserved. 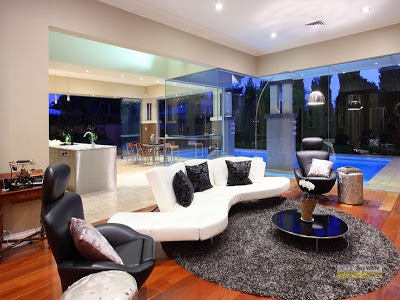 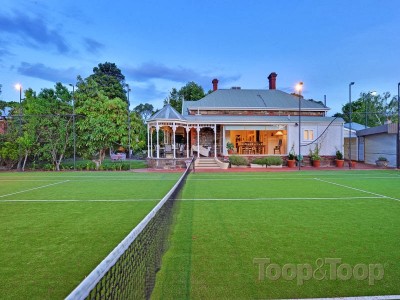 Its another Adelaide WOW home – Lovin that heritage style… 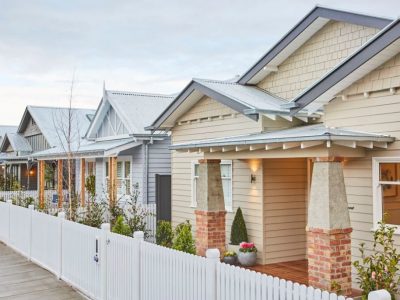